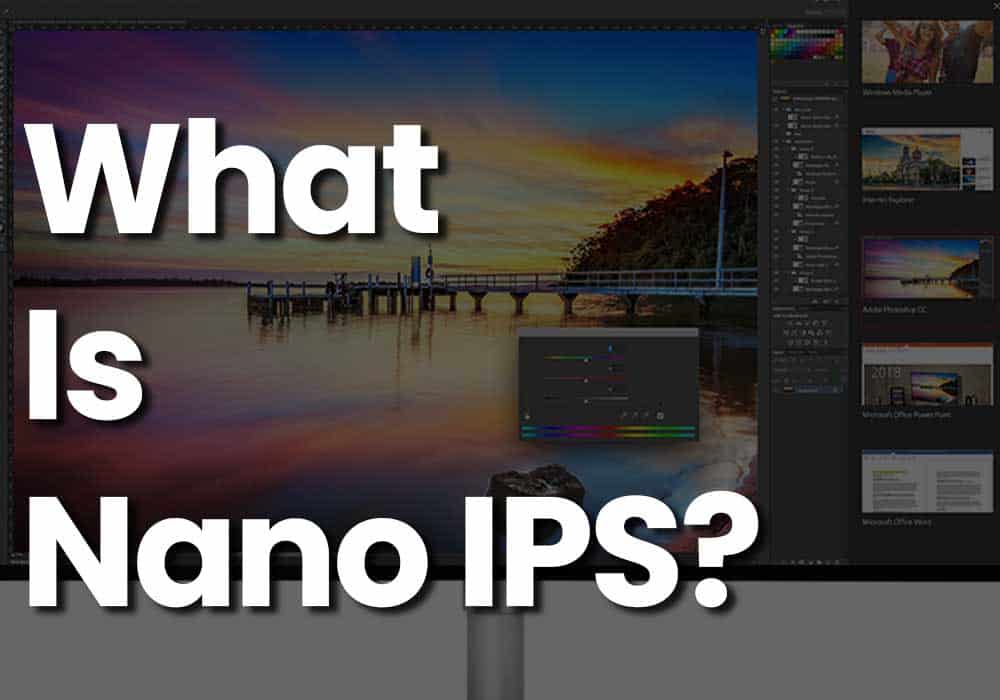 What is Nano IPS? So, to answer that, Nano IPS is an improved and upgraded version of IPS panel technology that was introduced in 2019 by LG. This technology was designed because gamers usually backstepped from the IPS panel when looking for a monitor because of the slow response time. But, with the nanoparticles layered to the backlight of the IPS panel, Nano IPS is created. This had added to the response time and crisp display. Due to this 1ms response time and crisp color display, Nano IPS has taken over the market. Gamers and designers are opting for this technology over other TN or VA monitors.

The addition of nanoparticles has created an expansion to the color gamut. This has resulted in better picture quality with a vibrant color display. This technology has also eliminated the problem of screen tearing by allowing the alignment between refresh rate and frame rate. This allotment was because of the G-sync and FreeSync compatible technology, Nano IPS. ViewSonicELITE XG270QG is the best example of this Nano IPS technology.

Some great advantages of Nano IPS include:

How to Tell What Resolution My Monitor is?

There are not many disadvantages of Nano IPS. There is only one disadvantage of this upgraded version of IPS technology and that is its high price. This high price is also because if we compare the price that we have to pay for a standard VA, TN, or IPS monitor, it is much more than that. But, it is all worth it as with this panel, you will be getting a response time of 1ms. This is such a fast response time that the high price is all worth it. If we talk about a substitute for this panel then we have a 1ms TN monitor. It also gives the same response time but at a relatively small expense. Other than this response time, there is a lesser display quality by TN monitor. So, Nano IPS is worth the high price.

To sum it all up, if you are looking for ‘what is Nano IPS’ then you should know just this thing that it is a new IPS panel technology with better response time and color display. With this upgraded version of IPS panel technology, you will get benefits in fields like photography and Esports. This is because Esportsrequires a much faster response time which you will be getting from Nano IPS and as it also provides superior color display, so, it will take your photography to another level too!